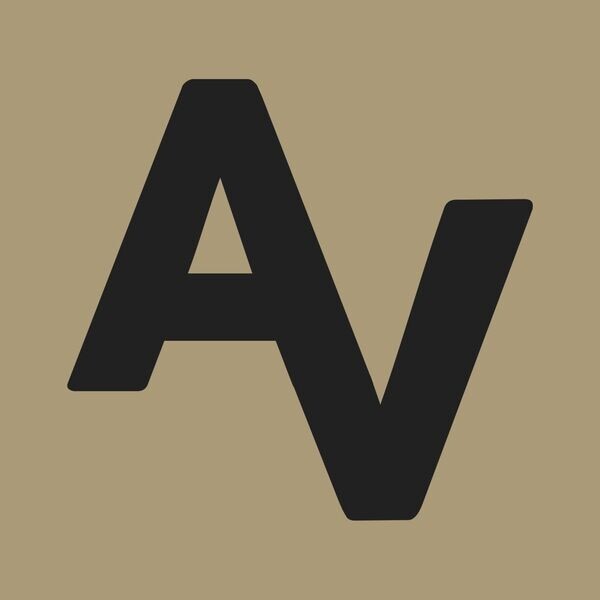 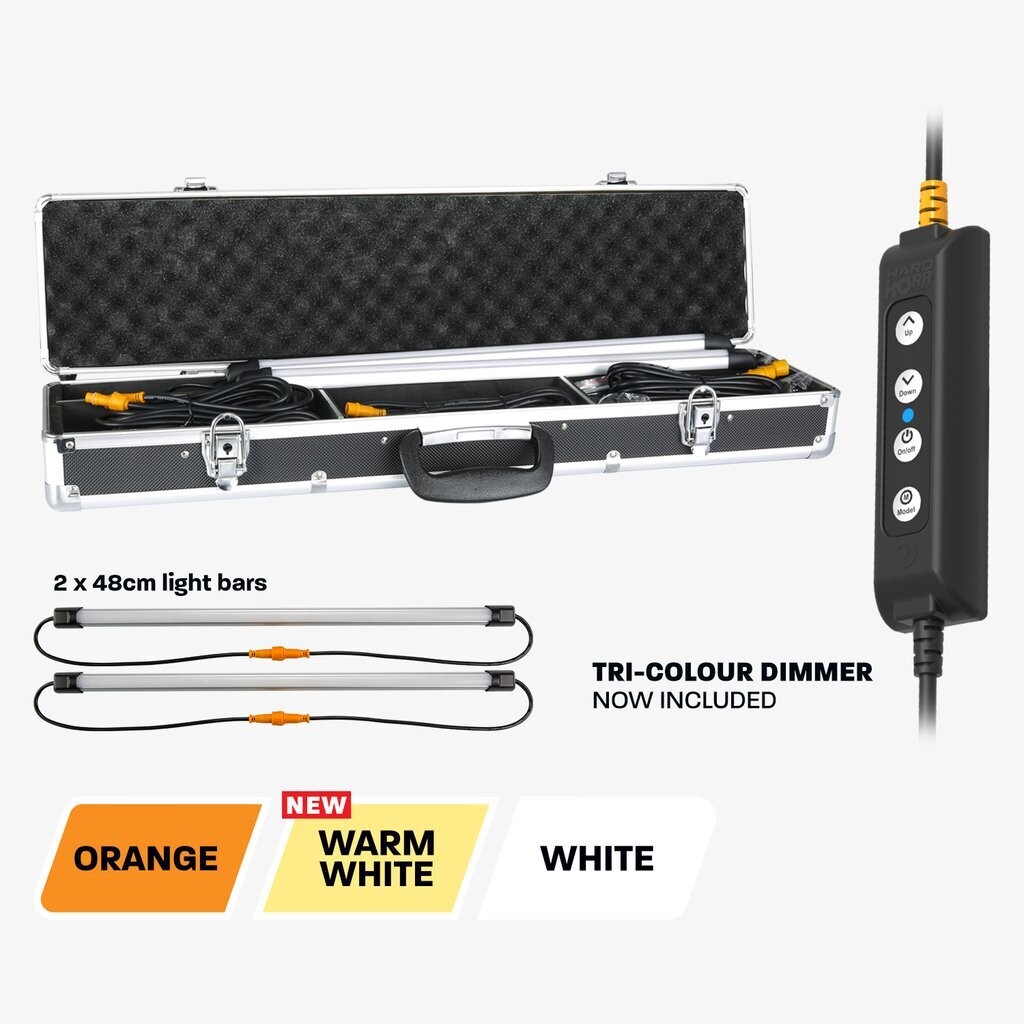 Our 2 bar LED camping light kit is the perfect kit for those with small setups or who are just starting out with camping. With 1,180 lumens total light output (on white setting) and over 12m of high quality plug-and-play cabling, you will have plenty of different options when lighting up your campsite.

Since we invented the LED camp light bar back in 2008, Hardkorr camp light kits have been the only choice for campers who want quality built products that will last for many years. The design has changed over time and new features have been introduced, but it’s still made with the same meticulous attention to detail that has seen us become a household name in camp lighting.

Our 2 bar LED camping light kit is designed to be a perfect starter kit for those with small setups or who are just starting out with camping. It is also a popular choice for illuminating canopies or toolboxes.

With 1,180 lumens total light output (on white setting) and over 12m of high quality plug-and-play cabling, you will have plenty of different options when lighting up your campsite.

From orange to white at the touch of a button.

The LED camp lights that Hardkorr invented are now seen across thousands of Australian campsites. In the years since we introduced them to the market, we’ve developed and released many innovations and improvements designed to make your camping experience comfortable and hassle-free, including orange/white technology, reinforced grommet ends, inbuilt magnets, removable pole clips and more.

We’ve now taken the next leap forward in design and technology, making lighting your campsite even easier by addressing some of the key gripes campers had with previous LED lighting technology. Our exclusive diffusers, now included with all light bars, create a much wider, more pleasant light beam – no more LEDs shining in your eyes if you’re on the wrong angle! The light bar pole clips make attaching your bars to non-magnetic tent poles much easier.

And if all that wasn’t enough… our new dimmers give these kits the ability to now produce three shades of light: cool white, warm white and orange! The new warm white setting gives off a light that is nearly as bright as cool white, but with a pleasant soothing warmth to the colour.

Some bugs, like mosquitos and moths, can’t help but move their body towards any light source they can see. This phenomenon is called positive phototaxis. Entomologists still don’t have a complete understanding of why this phenomenon exists, but it is clearly observable in nature.

The wavelength of our orange LEDs is 610nm, putting them outside of the spectrum visible to must bugs, but still well inside the boundaries of human vision. As a result, most bugs will not congregate around our orange light because they simply don’t know it is there.

Save this product for later
Display prices in: USD

Howdy, Chris!Great, Grand, and Wonderful! (Slight fun reference from Chris Farley). Was a pleasure ordering and receiving my new Sunflare Xplor 180W solar panel. Thank you very much for the great price for a quality product. I really appreciate all the knowledge and know-how you've expressed and shared with me. I feel very confident in a great build, utilizing your tools, expertise, and guidance. Antelope Valley Overland Supply is the way! Really appreciate all the shop talk, too. Thanks for listening and answering my barrage of questions. Am looking forward to a fun build.Thanks again for everything. Take care and be well.See ya again in the future.Respectfully, R.Sean Griffith '21 Ford Ranger w/ Superpacific

Great little shop that was long over due for the antelope valley. Whether you are stoping in for a quick question or you’re looking for that upgrade to fill your adventure needs, this shop and its staff have you covered.

I went to the grand opening and had a chance to speak with the owner. He’s a great honest guy who’s passionate about camping and overlanding. They only carry quality items, some that i personally use myself and some that I’m planning on buying. I was able to buy two front runner Wolfpack boxes and an element fire extinguisher that same day. It’s also nice to see all the cool rigs people bring on the second Saturday of each month for rigs and coffee. If you’re in northern LA county or passing by on the 14, I definitely recommend you try stopping by!

Rigoberto Diaz
Lancaster, California
Thank you very much for the product I ordered. I spent hours after buying the tailgater x looking for the cooktop. No one had it except your company. I know you aren’t local but I am happy I could purchase it from a small business. The reviews on your website from other customers made this an easy buy and I felt I could trust you even though I’ve never shopped there. If I find myself in California I’ll be sure to stop by and see the store.
Cole Flint
Rochester, New York 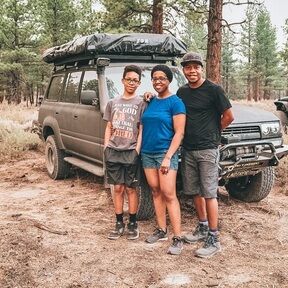 We love camping and land cruisers, the 80 series land cruiser. Best one, don’t even try to prove us wrong.

On a serious note, we love camping and land cruisers but we also love being able to share adventures and the process of helping you outfit your rig to better enjoy your adventures.

We outdoorsy people are like a special breed, we leave a perfectly comfy house, drive for hours (gas ain’t cheap), just to park on a dirt patch somewhere while fighting bugs, bears and pooping in holes and taking pictures we think are cool. Special!

Here at AV Overland, we provide our personal knowledge and great gear to help you on your crazy adventures.